In 2011 following an architectural inspection, it was concluded that the Georgian balustrade would need extensive repairs. These were so serious that failure to repair them would mean the church being closed and safety scaffold erected around it.

A building restoration committee was set up to raise the necessary funds, estimated at over £200000. Following much hard work and much generosity on the part of the people of Daventry, sufficient funds were raised which included a grant from English Heritage.

The repairs were finished in October 2013 coinciding with a Service of Thanksgiving at which the Bishop of Peterborough gave an address. Here are some photographic examples of the repairs which were made:

This show the dangerous state of the balustrade before repairs: 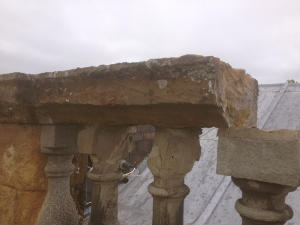 The old stonework has been removed and newly cut stone laid in its place: 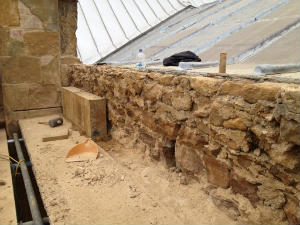 The new wall is ready to receive the new balusters: 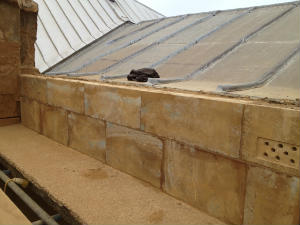 The restoration is complete with weatherproofing of the replaced stonework: 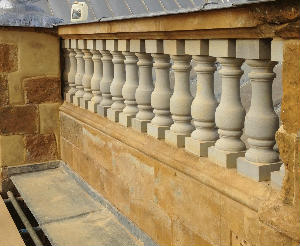