A SHORT HISTORY OF THE CHURCH 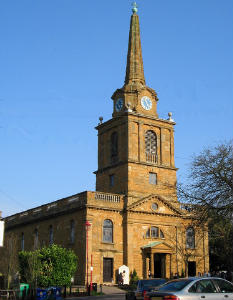 We do not have all the details of our Church’s history, but it is thought that Christian worship has taken place on this site for at least 950 years. The first Church was probably here at the time of the Norman Conquest in 1066.

The foundation stone for the present Church building was laid on 8 April 1752 and the Church took 6 years to complete. The building was designed by David Hiorne of Warwick who was a specialist in the Classical Style of architecture. His design was influenced by James Gibbs who built St. Martin-in-the-Fields in Trafalgar Square, London. The Church is built of local brown ironstone.

The only addition to the original was the central porch added in 1951. It gives an idea of the quality of the stonework when the Church was first built. A feature of the Classical Style is the balustrade on all sides which the present restoration has repaired and replaced. The bell tower is similar to St Martin’s. The Church comprises a nave, chancel, north and south aisles, a Lady Chapel on the North side and galleries on three sides. One of the original three entrances has been converted to create a Clergy Vestry. 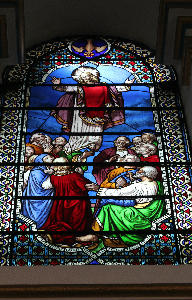 The pulpit and Clergy stalls are believed to be part of the original building. Behind the altar, the reredos, painted in 1920, depicts the Resurrection and the Archangels Gabriel and Raphael. Above the altar, the Venetian window, by Wailes in 1860, shows the Ascension in the centre, and the Magi and Baptism of Christ in the Jordan. The organ console, believed to be the original, was installed in 1860 by Henry ‘Father’ Willis. The organ had restoration work completed in 1998.